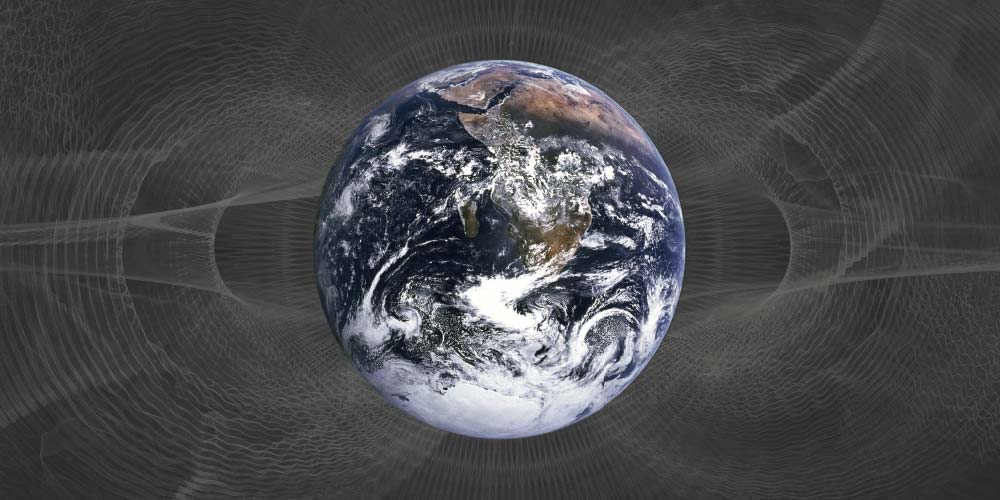 The magnetic field: importance for humans

A long-term study at a Japanese hospital brought to light that a range of “illnesses for civilisation” are linked to the decrease in the earth’s magnetic field. This discovery puts the constant calls for physical exercise by doctors, politicians and media into a completely different light. Not only is exercise on its own important for staying healthy but also the pulsation which comes from moving over the earth’s actual magnetic static field. The electromagnetic frequencies which occur from this contain information which our bodies obviously receive via finely tuned antennae and have evolved as part of human development over hundreds of thousands of years.

The less we move, the less our bodies receive electromagnetic and the more apathetic our cell system becomes. Cells do not consistently just work on their own, but need a constant stimulus via (movement related) starter impulses. If these are not forthcoming, then our cells begin to deteriorate slowly.

Thus the important question, is it not then legitimate to shorten tedious and time-consuming exercise by a few minutes of Cellvital stimulation for the well-being for our own healthy-cells?

The earth’s magnetic field protects the earth from harmful radiation from the cosmos. Its oscillation frequency of 7.8 Hz corresponds exactly to the frequency of our command centre in our brain, the hypothalamus.

The earth’s magnetic field is static by nature. Depending on the physical human urge to exercise a natural pulsation comes from this movement. With this link between the earth’s magnetic static field and the pulsation induced by movement the intensity levels of electromagnetic waves are multiplied.

This fact forms the basis of the innovative CellVital technology: a pulsating magnetic field combined with the power of a static magnetic field which boosts the effect in the human body.

The earth’s magnetic field: bioelectricity within our body

The secret driving force of the human body. /

The earth’s magnetic field is a driving force for many important biological processes in the body and without them a healthy (happy), unscathed life isn’t possible. Several decades ago scientists were able to prove that cells only react to electromagnetic signals within a defined frequency and area of intensity. This area is called biological windows.

Towards the end of the last century special magnetic field devices needed to be developed for aerospace as it was proven that after astronauts returned to earth they suffered health problems: such as retarded recovery, changes within the blood, muscles and bone mass. After upgrading the magnetic field technology in the spacecraft these problems no longer occurred.

How important magnetism is for essential processes in the body can be seen in the Nobel Prize awarded in 2003. Two scientists, Peter Agre and Roderic McKinnon were able to prove that water is transported in the human body via special water channels, so-called “aquaporins”. A magnetic mechanism is responsible for transporting these water molecules. If this mechanism is damaged or disturbed, then numerous biochemical or biophysical processes are affected. Small changes in the magnetic field can already change this and lead, for example, to glitches in the water transport of the cells.